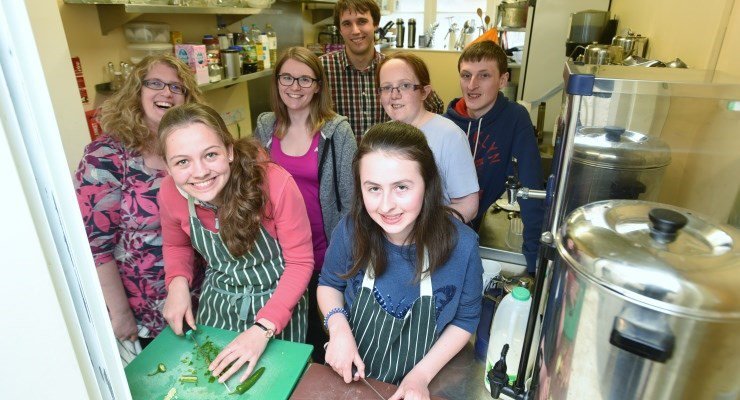 A team of 20 young people from Stamford in Lincolnshire spent a weekend cooking up a storm for the many people visiting their pop-up café – raising money to rebuild homes in Nepal in the process.

Hundreds of families in Nepal were still living in temporary shelters a year after their homes were destroyed by a 7.8 magnitude earthquake in 2015 which killed nearly 9,000 people, including 2,500 children, injured around 23,000 and destroyed or damaged more than a million homes.

Rachael McIntyre, director of children and youth ministry said: “Helen Walton from The Leprosy Mission came to talk to us at our church and the young people were very moved. So we had a meeting and asked ourselves what we could do. We ran a pop up café once before so we decided we’d do that again.

“We want to rebuild the home of at least one leprosy-affected family, which costs £2,500.”

The young people, from Stamford Youth Ministry, served dinner on Friday and Saturday nights as well as Sunday lunch, aided by two local restaurants, providing a menu of curries, rice and dhal with mango ice cream.