Leprosy Mission staff have extended their outreach work in a bid to get women to seek early diagnosis and treatment for the disease before they develop disabilities including blindness.

The renewed effort to reach marginalised women in ultra-poor communities across Asia and Africa follows the publication of new research by The Leprosy Mission England and Wales highlighting the reasons why less women are diagnosed with leprosy than men each year. There is no medical evidence to suggest that men are more susceptible to the mildly-infectious and completely curable disease.

Latest data from the World Health Organisation reveals that just 39% of those diagnosed and treated with leprosy globally in 2016 (84,202 out of a total of 214,783 cases) were women. This means a greater number of women are risking developing devastating irreversible disabilities, including blindness, as a result of leprosy-caused nerve damage.

In her paper Identifying the Barriers to Early Case Detection for Women Affected by Leprosy (published by Global Health Action, August 2017), Victoria Price highlights the stigma and fear of being outcast by her family and community as a primary reason a woman might not seek treatment for leprosy.

Ms Price’s research states that women are more likely to be deserted by their spouse because of a leprosy diagnosis than men. This is mainly due to the perpetuation of deeply-ingrained myths surrounding leprosy such as that is a curse bringing shame on the family but also, practically, their husbands may consider them worthless when their disabilities prevent them from caring for the children and undertaking household chores.

The research also found that accessing treatment is more difficult for women who must often gain the permission of their husband or father before seeing a doctor.

Devastatingly marriage is the only economic security many women in countries where leprosy continues to thrive have, uplifting their social status. They are often left ashamed and destitute when their husband leaves following a leprosy diagnosis as was Geeta’s experience.

Like many Indian women, Geeta, her husband and their two-year-old daughter lived with her mother-in-law. But after she was diagnosed with leprosy, Geeta’s mother-in-law pleaded with her son to divorce Geeta because the shame of having leprosy was so great in their village. 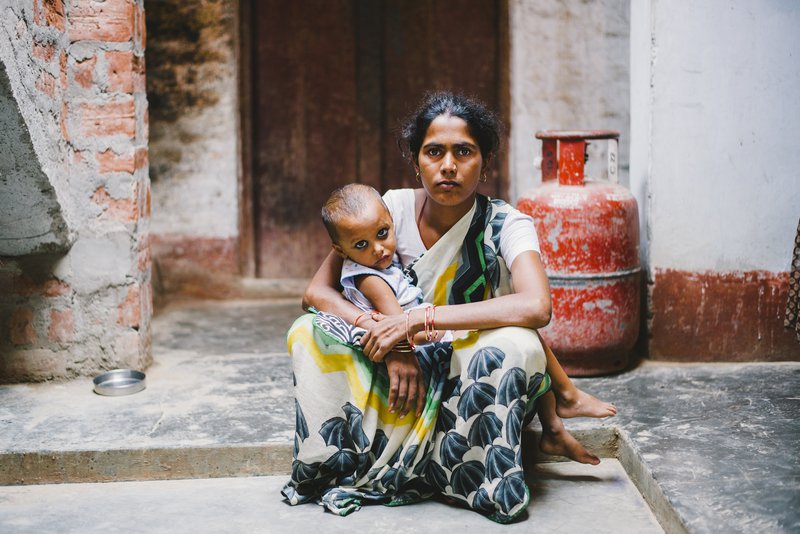 The community believed Geeta was cursed and she was ridiculed. Her husband bowed down to pressure and left Geeta and their daughter destitute with no way of surviving.

Thankfully Leprosy Mission staff found Geeta when she was at her lowest ebb and she was offered tailoring training so that she could support herself and her daughter.

Sian Arulanantham, Head of Programmes at The Leprosy Mission England and Wales, said, regrettably, Geeta’s experience was a story she had heard all too often.

“We work in some of the poorest countries on earth including Niger which has the world’s highest rate of child marriage. Not only are three quarters of girls married by the time they turn 18 but they have very few life options with just 4% of women over the age of 25 in Niger having been to secondary school.

“Their status is entirely defined by marriage and if a woman was to be diagnosed with leprosy after marriage there is a strong expectation and, therefore, likelihood that her husband would divorce her, often leaving her with little choice but to beg for survival.

“If a girl is found to have leprosy before marriage then her life chances are very limited. She would need to marry a boy from a leprosy-affected family as opposed to somebody she might choose. And tragically this is often the case if her parents or grandparents had leprosy. She remains unable to escape its clutches.

“Victoria Price’s research paper highlights the need to ensure leprosy services are just as accessible to women than men.

“Our community awareness programmes now have a high emphasis on targeting women and children so that they know the early signs and symptoms of leprosy and, crucially, their right to health.

“We also examine the family members of those diagnosed with leprosy so we can early diagnose women and girls left at home who are less likely to come forward for treatment.

“The Leprosy Mission also advocates to overturn outdated laws in a bid to protect women. For example, in India leprosy remains legally a cause for divorce, absurd for a mildly-infectious and entirely treatable disease.”