A Brighter Future for people affected by leprosy

I have spent the last ten years of my career critiquing the imbalances of power in international development practice. I’ve often been wary of the ways NGOs promote ‘development’ in the Global South without truly putting the people they are supporting at the heart of all they do. I was also conscious of how ‘field trips’ can reinforce deeply ingrained power imbalances, as they are almost always one-way, from ‘here’ to ‘there’, and often too short to grasp the complexity of the challenges faced by those overseas.

None of this was lost on me when I travelled back to India, my homeland which I left 17 years ago. In some ways I feel like my career has come ‘full circle’; I started working in development 20 years ago in Southern India.

The purpose of my visit to the Brighter Future Development Trust (BFDT) in Vizianagaram in Andhra Pradesh was for me to be part of the planning of a new project. We had agreed on a trip itinerary in advance that included me spending most of my time in the office and designing the project with the small team of staff. I felt totally at home as soon as I saw the board room with the white board and staff members eager to put their ideas on big charts of paper. However, they had other plans; so, the next few days were spent travelling to many communities that we work with in the four districts of Andhra Pradesh.

I had read a lot about leprosy since joining The Leprosy Mission, but for the first time, I was interacting with people affected by leprosy, their families and learning of their experiences and the impact the disease has on their lives. My ‘days’ stretched into late evenings as we made impromptu detours to visit new places and people who wanted to share their experiences of living with leprosy with me.

I saw what ulcers caused by leprosy look like for the first time at a medical camp (and spent all night reading more about it). I learned about what disability management and self-care actually involve, and what difference protective footwear can actually make to a person’s life.

I had read many reports from Brighter Future Development Trust, but there is only so much these can communicate. The day-to-day experiences of someone with leprosy in a country like India are complex and this trip has made me realise, more than ever, that development challenges are too complex to fit within the tools, tables and frameworks of project management. 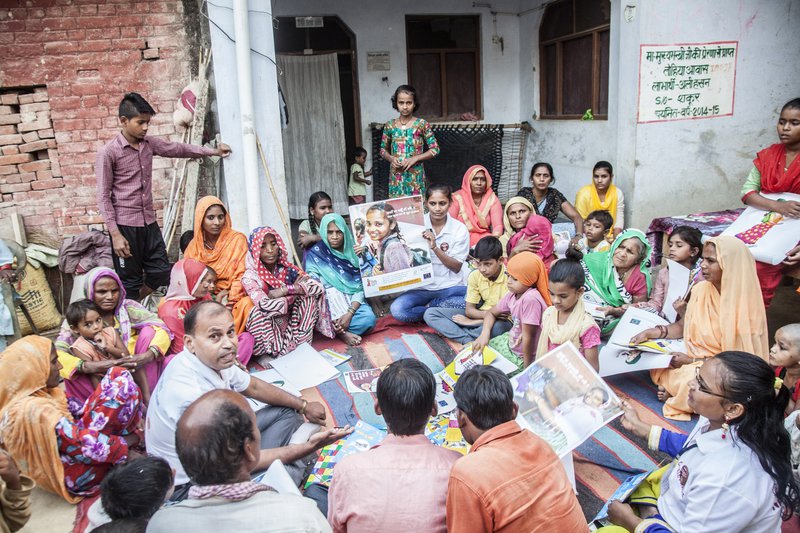 I met Pastor Elisha, who is a ‘super champion’ and Brighter Future’s Advocacy Lead, and spent time with him learning about his work and experiences with leprosy. He took me to visit three leprosy colonies – residential areas segregated for people affected by leprosy to live – including his own.

These colonies used to be ostracised by broader society in the past and continue to face considerable social stigma. But thanks to Leprosy Mission supporters, BFDT has secured significant government support for these colonies through their advocacy, such as housing benefits, roads and electricity, and clean water supplies.

The project is now continuing to support people affected by leprosy to access pensions, ration cards, travel concessions and ID cards. They have also successfully campaigned for the removal of the requirement of thumbprints in applications for pensions and other benefits, a challenge particularly for people affected by leprosy whose hands may have been severely damaged by the disease.

Brighter Future Development Trust also runs the Rainbow Home, a residential home for children affected by leprosy and other disabilities and those from poorer families. 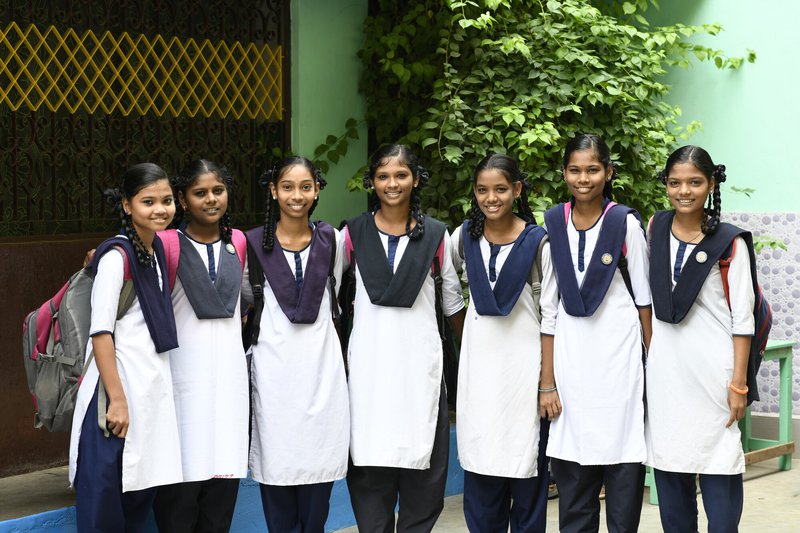 On my visit there, I spent a lot of time talking to Venki, a second year nursing student at a leading medical college; Samson, an IT operator; and Santu Roy, who is doing his final year of a vocational training programme in Diesel Mechanics. All of them have found their lives transformed by the Rainbow Home and have high aspirations for the future. Thanks to the support they have received there, they’re looking forward to the opportunities their jobs will bring and are determined to make the best use of them.

“I want to pursue an MSc in Nursing and want to be a surgical nurse. Society helped me, so now I want to give back to society” said Venki when I asked her of her future plans.

“I can’t thank them enough; whatever I say won’t be enough,” said Santu Roy, talking about the Rainbow staff team. He plans to get a job in Andhra Pradesh when he finishes his studies, work for a while and then travel to other countries to work and explore. The positivity and confidence of these students was wonderful to see.

As I was leaving Brighter Future I realised that this trip was more beneficial for me, than anyone else that I met there. People affected by leprosy taught me what leprosy is, which no academic paper could have ever taught me; the staff who I met taught me what ‘mission’ actually means and the children of the Rainbow Home helped me put things in real perspective. However much I wanted this to be a ‘mutually beneficial’ trip, I realised that I left India with much more than what I took there.

Every time I leave India after my short visits, I feel a bit of a pang in my heart, a pain you feel when you leave ‘home’. Salman Rushdie very famously wrote that exiles are “haunted by a sense of loss, an urge to look back, even at the risk of being mutated into pillars of salt…. But if we do look back, we must also do so in the profound knowledge that … we will not be capable of reclaiming precisely the thing that was lost; that we will, in short, create fictions, not actual villages or cities, but invisible ones, imaginary homelands, Indias of the mind”.

I may never be able to reclaim the homeland that only exists in my imagination, but on this trip, I learned about an India that I never experienced while I was living there. This journey was, for me, about taking one step closer to understanding the many ‘Indias’ lived in and experienced by people affected by leprosy and other disabilities. This journey was also, for me, a further reminder that development projects don’t take shape in boardrooms.