Can you imagine being rejected or abandoned by your family, friends and community because you have a treatable disease?

It's devastating to think of, but this is what happens to many people with leprosy every day. The stigma of the disease has persisted for thousands of years and today, it's still the subject of much superstition and misunderstanding. Many people see leprosy as the result of a curse, as punishment for having done something bad, or simply as an incurable disease that is easily transmitted to others. All of these perceptions are untrue, but their impact on people's lives can last a lifetime.

People like Friday, from Nigeria, carry deep emotional scars because of the way they have been treated due to their leprosy. His parents cut all ties with him when he was diagnosed with the disease at only 11 years old. After traditional medicines made no difference to his condition, Friday's mother took him to hospital to see if Leprosy Mission staff could help. But following this, his father would not allow him to return home.

"I grew up in a loving family in a small village," said Friday. "I lived with my brothers and sisters and my parents. We had a good life. But when I was 11 everything changed. I noticed a numb patch on my foot. It got worse and, in the end, I had no feeling in my foot at all. My friends began to notice when we were playing.

"At first my parents took me to a traditional healer. But my foot didn’t get better. Finally my mum took me to The Leprosy Mission’s hospital in Chanchaga, where I was diagnosed with leprosy. When we arrived home my father would not let me back in our house. He said I couldn’t be part of my family any more and that I couldn’t live with them. I was forced to leave.

"My mum took me back to the hospital at Chanchaga and left me there. I was 11 years old and completely alone. It was a very dark time for me."

When Mary, a member of staff at the hospital, learned about Friday's situation she offered him a place to stay and supported him through treatment. The effects of the disease have meant that Friday's recovery has been long, but thanks to your support, he's now working towards finishing secondary school and has ambitions to go to university and become a teacher. 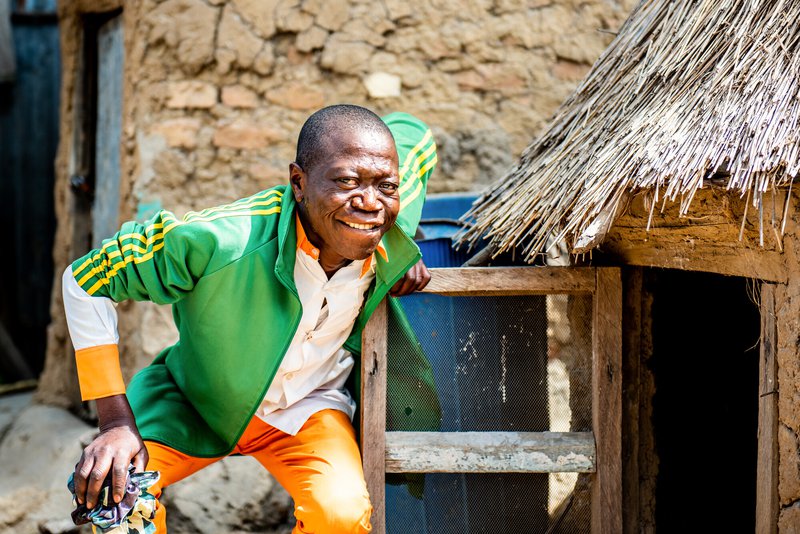 Friday has been fortunate to receive the support he needs to rebuild his life and overcome leprosy and stigma, but there are many more young people like him. The effects of leprosy on mental health and wellbeing mean that more than half of people affected by the disease report having struggled with depression or anxiety and so counselling and ongoing mental health support are a vital part of how your gifts help transform lives.

Last year, 787 children and young people affected by leprosy and lymphatic filariasis in Nigeria received mental health support from The Leprosy Mission thanks to our Open Minds project, which is funded by Comic Relief. This three year project will help more than 1,000 others just like Friday as they work to overcome the challenges they have faced.

Young people like Friday need strong mental health support to help them believe they aren’t defined by leprosy. The cure for leprosy prevents the physical effects of the disease from getting worse, but emotional support helps them to move past stigma, shame and rejection and look forward to the future.