Rivers in the desert: breaking down the barriers to attending school in Niger

See, I am doing a new thing! Now it springs up; do you not perceive it? I am making a way in the wilderness and streams in the wasteland.

While many children in the UK will be settling in to their first term of the new year in September, a lot of children in Niger will not be so fortunate. Niger is one of the youngest countries in the world, with more than 50 per cent of its population aged 14 and younger. That’s over 10.74 million Nigeriens who should be in pre-primary (ages 4-6), primary (ages 7-12), or secondary school (ages 13-19). But so many aren’t, because there are just too many obstacles keeping them out.

The Education Index, part of the Human Development Index, looks at each country’s average number of years spent in education compared to its expected number of years of schooling. Soberingly, Niger has consistently ranked near the bottom on the Education Index with the most recent figures (2018) placing it 161st. For comparison, Mozambique ranked 147th, India ranked 110th, and the UK ranked seventh.

Rabi, now 30, lives in a very small village in a remote area of Niger. She is one of the millions of people in Niger that never got to complete her education. As a child, Rabi was enrolled at the primary school located near her village. Sadly, she could not even finish her first year of school because she was ill so often.

When we met Rabi, she sat on the dusty floor of her home, a rare shady spot in an incredibly hot and dry landscape. Around her, the children from her extended family sat on the bed, raised from the ground on carefully whittled branches. They played with an assortment of everyday items - bowls, a spray bottle and a much-loved miniature plastic car.

Rabi recalled how long it had been since she first noticed the signs of leprosy. "I got leprosy when I was a child. It started as patches on my skin, and then they turned in to sores," she said. "The patches spread to my face. Then it started to affect my hands and feet. I felt very sad because I was the only person with leprosy in my village. My neighbours were afraid of me”.

The factors that keep children out of school

The barriers that keep children and young people out of the classroom in Niger are vast and varied. According to the United Nations Multidimensional Poverty Index there are three factors that contribute to poverty: health, standard of living and education. It’s so easy for people like Rabi to become trapped in a vicious circle: poor living standards such as lack of sanitation, clean drinking water and nutritious food contribute to health problems and diseases like leprosy. Poor health also results in not being able to go to school.

Leprosy has the double impact of stigma, so even when children feel well enough to attend school, they often simply can’t because they are shunned by classmates and even teachers. Not being able to go to school means people like Rabi find it hard to break out of extreme poverty and very often, their children are also more likely to miss out on an education.

When Rabi started primary school, she was often unwell and had to stop attending. “When my parents noticed the disease, they went to see a traditional healer. It didn't work so after that I went to the hospital," she said.

But unfortunately, by this stage, Rabi’s hands had become clawed. Now, even though her leprosy is cured, she says her hands don’t work like they used to. “If I’d been cured earlier, I could have stayed in school. Good health gives you freedom, but life has been so hard because of leprosy,” she said.

Horace Mann, a pioneer of American education in the 19th century, famously called education the “great equaliser”. It can open the door to jobs, resources, and skills that help a person not only survive, but thrive. This is why access to education is a globally recognised solution to poverty. Education helps to remedy many of the other issues that can keep people, families, and even whole communities vulnerable and trapped in poverty.

In fact, a 2017 report stated that if all students in low-income countries had basic reading skills, an estimated 171 million people could escape extreme poverty. If all adults completed secondary education, we could cut the global poverty rate by more than half. It’s easy to see why the United Nations named quality education one of its Sustainable Development Goals – a set of targets for governments to achieve by 2030. 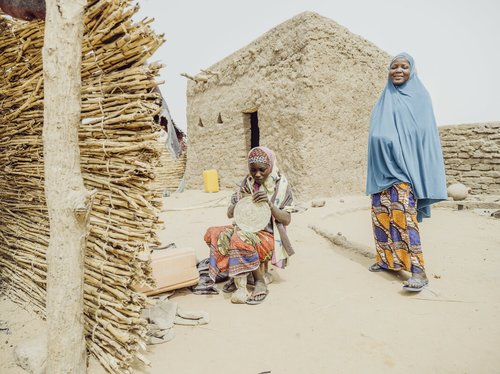 Niger’s literacy rate is slowly improving among younger generations, but it’s still one of the world’s lowest. 43.5 per cent of Nigeriens aged 15-24 can read, but the same can be said for only 15.8 per cent of those aged over 65. And literacy rates for women are much lower than for men – showing how girls’ education is often seen as less of a priority.

Hope for the next generation

On the day we met Rabi, we watched as the children, giggling, made up a game to see who could balance their toys on their heads for the longest. Rabi watched them as her four-year-old daughter, Salama, joined in. Not far from Rabi’s village there is a school, buzzing with excitement and hope. Children there are overjoyed to learn to read and write. Many are the first in their families to have the opportunity to go to school.

Rabi says that one day she would like to start a small goat business. As she wasn’t able to go to school, she sees this as her only way to be able to be self-sufficient and provide for her child. Like any mother would, Rabi wants a better life for her little girl. She wants her daughter, Salama, to go to school and have the opportunities she never had.

With your support, there is hope for children like Salama. Together, we can make sure that when children in Niger experience the first symptoms of leprosy, they will be swiftly diagnosed and cured. You can help provide the books and uniform and pay school fees that will keep a child in education. And your gifts will make sure the team in Niger can raise awareness about leprosy in schools, breaking down the barriers of stigma that leave children shut out of opportunities.

As we left Rabi, it was clear that she has so much hope for a better life for her daughter. Will you join with her and help make a way for children like Salama? 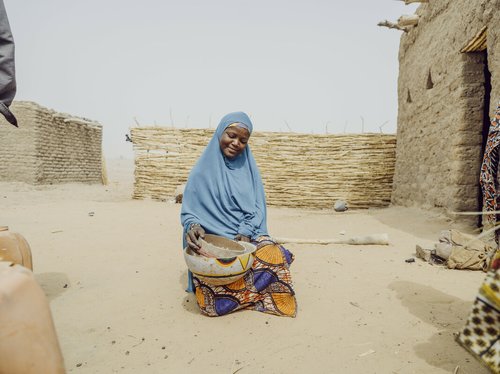 Donate today to keep children in Niger in education