The impact of a changing climate on people affected by leprosy

James Pender, Programmes and Advocacy Officer for Asia has been in Sri Lanka this past week, visiting our partners there. Here he reflects on his trip and the visible impact of climate change on people affected by leprosy.

Coronavirus travel restrictions meant I had not been overseas for two years. Excited to see the projects I have been supporting and designing from my desk in Peterborough, I was expecting to also experience hot weather and sunny skies - a welcome relief from the cold, British February days. Imagine my dismay on arrival in the north of Sri Lanka, to experience four days of solid torrential rain!

Before joining the Leprosy Mission England and Wales I worked in Bangladesh for seven years, assisting communities to adapt to a changing climate. But now, focusing on the health and wellbeing of people affected by leprosy, I did not expect that the issue of climate change would be so prominent in my mind. However, when speaking to people affected by leprosy - ordinary farmers and fishermen - they explained that changing seasonal patterns, (such as the rains arriving later than usual and more frequent droughts at other times of the year) were devastating their harvests.

Climate change may ‘dismay’ me, but for these families affected by leprosy it is causing serious hardship as their sources of making a living are being devastated. Each time I looked out at the rain I began to pray it would stop, not so I might enjoy its warm rays, but so that the rice crop which was due to be harvested would not be totally destroyed. 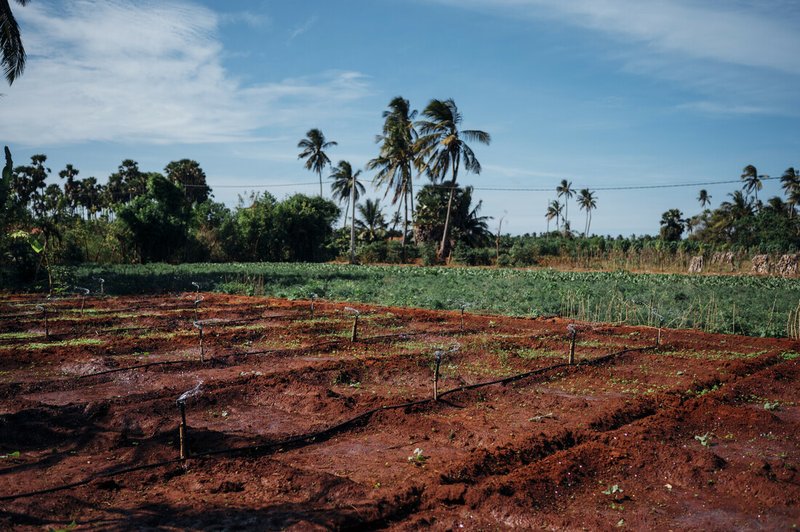 One of the farmers I met, Mr Sellaiya, has in fact given up on growing rice and plans to farm chickens instead after his income halved in the last couple of years. Farmers like Mr Sellaiya have been successfully making a living for their families since the end of the conflict in the country, rebuilding their lives and communities despite facing stigma after their leprosy diagnosis.

Another farmer, Sivamalar, along with others like her, has been equipped with agricultural training and a well to irrigate his land. But she recently lost an expected harvest of 30 bags of rice and 50kg of onions to floods. These were worth about £540 on the local market - a huge loss for a small farmer like Sivamalar. Likewise, Parameshwary lost an expected 750kg harvest of onions (worth over £1,000) in 2020 and 2021 due to unseasonal heavy rains. On top of that, her crop of green beans was decimated by insects last year.

These farmers are under attack on all sides. Rising sea levels and falling groundwater levels are causing saltwater contamination of drinking water and soil; heatwaves, coldwaves, floods and cyclones are all becoming more frequent and more severe; and new diseases and pests are increasingly gaining a foothold as weather patterns change.

It was wonderful to meet Kunam – a man I first met some years ago when The Leprosy Mission had supported him by providing an irrigation pump for his farm. Sadly, since that time, he has had to have one of his legs amputated. Having lost all feeling in his leg due to leprosy, he burnt it with a hot lamp and a secondary infection set in.

Without one leg he could no longer farm and instead went back to earning a living from fishing. But a cyclone which hit the coast in December 2021 damaged the fish habitat. The fish he used to harvest, earning him around £14 per day, are no longer there to be caught. Having a leprosy-related disability, he has fewer options than his neighbours to adjust to the effects of climate. 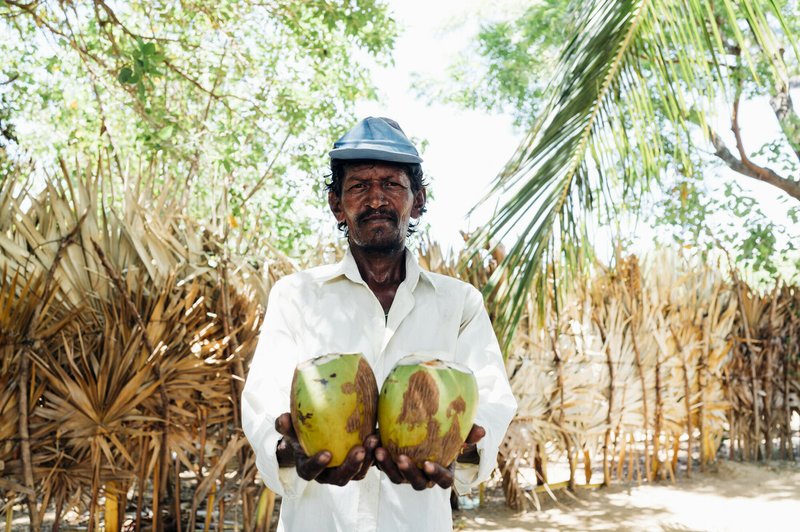 Fortunately, The Leprosy Mission’s local partner Kaveri Kala Manram is already helping communities with training on organic farming and new livelihoods. Kunam, for example is now selling coconut products to make his living, from the 36 trees originally provided to him through the Leprosy Mission-supported project in his area. The Association of People Affected by Leprosy is also planning conversations with its members to find out how they are being affected by climate change and how best to help them.

Climate change is not the fault of people affected by leprosy: they barely have any carbon footprint at all as they struggle hand-to-mouth to feed their families. During my visit, I apologised to them for my country’s role in causing these climatic changes which are causing them such hardship. One thing we can all do is write to our leaders in Parliament to demand change for the sake of people like Kunam in Sri Lanka and I will do so when I return home.